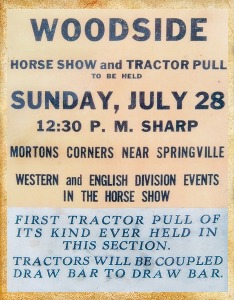 The Langford-New Oregon Volunteer Fire Company was formed in 1944 by a concerned group of local residents, farmers and business owners in an effort to provide quick fire response and protect our community in the event of disaster. The tiny Hamlets of Langford and New Oregon are in the Town of North Collins, but on the far west side of town, well away from the village’s fire station. As an independent fire company, the LNOVFD got a small stipend from the town but relied mostly on citizen donations to operate and purchase equipment. Among the local farmers there was always discussion as to who had the best brand of tractor and many bets were settled by hooking the tractors drawbar to drawbar to see who could pull the other backward. While horse shows and horse pulls were somewhat common, the guys in Langford decided to bring their tractors along and put on a public pull to raise money for the cash strapped little fire company. 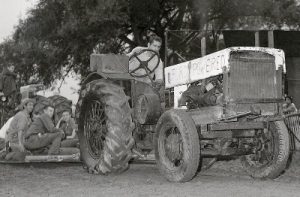 June 18, 1946 was the Fire Company’s inaugural Tractor Pull, held in nearby Morton’s Corners at the grounds of their huge Dance Hall. It was success with all having fun, showing off their tractors and making a $213.40 profit. This began the Langford legacy, local farmers showing the latest and greatest as horsepower surged to over 50 on the late 1940 models. In 1954 the pull moved to the current location in Langford, which was actually a ball diamond on the church grounds. Snow fence circled the grounds, a feed truck doubled as the announces stand and an old parachute hung on the backstop was the concession stand. Several firemen got together and fashioned a “Stone Boat” for a pull sled. Bags of sand were added as ballast and as the tractor pulled down the track, firemen stepped on the sled to add more weight until the tractor spun out or stalled. This became the source of contention as there were heated discussions about how many guys were on the sled each time. 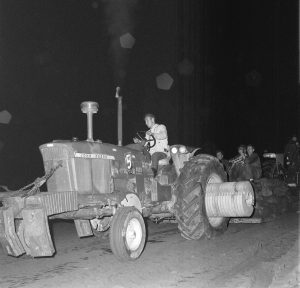 The Firemen realized that the pull was a growing event so they decided to set the annual date as the first Sunday in August as to be on every ones’ schedule. For a period in the early 60’s Langford was a timed pull, with a fixed weight on the sled and a 200′ speed trap with a timer to see who had the most powerful tractor. Tractors were classed by factory horsepower and weight was limited by the number of additional weights that could be added. As modified’s began to appear (V-8 in an old tractor chassis with 12″ tires), diesel horsepower increased and turbochargers were added, it became apparent it was time to use a weight transfer. Event Chairman Ed Winter a local businessman had a flair for keeping the show fresh each year. 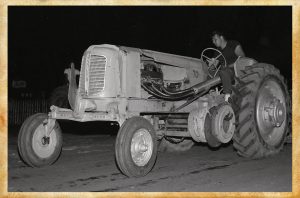 This was the turning point to make “Langford” as we know it now. Improvements nearly every year, including bleachers and changes to the grounds to improve the fan experience. We adopted the WNY Championship title and have strived to put on the best possible show every year. In 1977 a Saturday Night show was added, as there was not enough time to pull all the classes in one day, because trucks had entered the scene and Langford had to be the best pull in WNY. Dave Schmitz and Buck Eder took over as Chairmen in 1986 and the 2 day pull continued until 1992 when it was decided to try a Country Jamboree on Saturday night with the pull on Sunday. Thus the ” Down Home Country Weekend” was born. It was a good mix as many pull fans enjoyed the music and Saturday became a real party. It was a huge undertaking having to tear down the beer tent, stage, sound, lighting and then work the track before 8am. 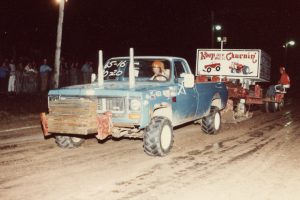 The weekend concept worked well and the pull continued to grow with Langford offering more and different classes than other area pulls. The shows transitioned away from the local stock tractors as the majority of action and started bringing in more excitement. Many of the pullers updated their trucks and tractors, spending thousands to keep pulling at Langford. Through it all the WNY tractors, trucks and fans have been the backbone of our show. We have brought in outside organizations to bring in trucks and tractors you would not see anywhere but Langford. Safety, comfort and enjoyment of our fans has prompted continual facility upgrades which continue as long as the show goes on. Our Campground has become a popular destination as several hundred choose to spend the weekend with us. 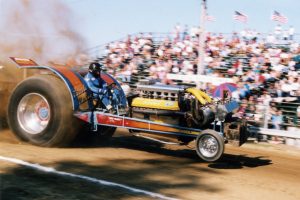 With the commitment to being the best show in the Northeast we brought in the NTPA in 2017 and ran two sessions with 3 Grand National Classes in our Sunday show. It was a success and the fans asked for more. Through the 27 years of the Jamboree, many great performances happened in Langford and a lot of Fun was had, but like life things change. Finding a Lead Entertainer was getting more difficult and the amount of work to change from music to pulling was getting tough on our firemen. After much discussion the firemen voted that it was time for a change, to switch to a 2 day pull. 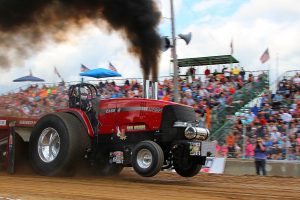 2018 is it, the LNOVFD is proud to welcome the Inaugural “Northeast Nationals” in Langford, USA. It is the place to be on the August 4th & 5th, 2018. The Small Town has gone Big Time! Come on to Langford, watch a great show in a small town with all the right amenities. We have great food, a world-famous BBQ chicken, beverages of all kinds in our well-maintained facility. Our prices are reasonable, and the quality is top shelf. Sit in the bleachers or bring a blanket or a chair. Plenty of free parking and if you decide to stay, Camping is a short walk away. With two days of great pulling it’s an event you will not want to miss.

2018 was the year that LNOVED welcomed the inaugural “Northeast Nationals” to Langford, USA. The Small Town Pull went Big Time! It was and Excellent show as both the Fans and Pullers gave us rave reviews. So for 2019 we are at it again! Con on to Langford, watch a great show and a small town with all the right amenities. We have great food, a world-famous BBQ chicken, beverages of all kinds in our well-mannered facility. Our prices are reasonable, and the quality if top shelf. Sit in the bleachers or bring a blanket or a chair. Plenty of free parking and if you decide to stay, Camping is a short walk away. With two days of great pulling it’s an event you will not want to miss.